In my last post, I was very interested in the way that Carrie was being portrayed as a mother and would like to continue with and elaborate on this topic. The first two episodes of season four deal quite directly with Carrie’s new reality as a “mother” and the way in which she is choosing to deal with this life change. Unfortunately for Carrie, and perhaps even her daughter, Carrie continues both be pressured into and  pushing against the role of motherhood. In fact, the first two episodes of this season appear to be demonstrating the negative affects of pressuring a woman into a mothering role that she was not particularly keen to take in the first place.

Last season, Carrie was pressured by her sister, father, and even Peter Quinn to take on the mothering role. Her father and sister were quite forceful, with her father even expressing interest in taking the child if Carrie did not want it. Quinn was less forceful, but ensured Carrie that he regretted walking away from his own child, implying that he strongly recommened that Carrie move forward with taking on a parenting role. 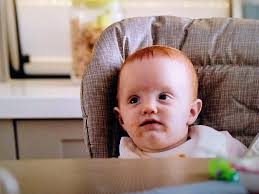 These strong external opinions regarding Carrie’s choice are problematic in that they reinforce an idea that women are practically mandated to become mothers and that it is virtually inconceivable for a woman to either abandon or choose to distance herself from her own child. However, Carrie’s journey in the beginning episodes of season four appear to demonstrate that this “mommy mandate” that is pushed upon women can have some very real consequences when women do not wish to comply.

This season we find that Carrie has been doing whatever is in her power to avoid taking on this new role. She has manipulated her way into serving overseas stations that are considered dangerous enough to warrant bans on bringing dependents and has officially pushed the parenting responsibilities onto her family. To be fair, Carrie’s family did bring a lot of this on themselves by nudging Carrie in the direction of keeping a child that she was unsure about keeping in the first place. Her sister and father also offered to take the child if Carrie did not want it. However, we see in these episodes that her family (i.e. her sister) is not happy with the degree to which Carrie has avoided responsibility for her daughter and even piles on guilt when it is clear that Carrie is largely uninterested in mothering. It seems clear that the talk of her family helping her out was more a move to keep the baby in the family instead of Carrie exploring other options (e.g. adoption) and practically forcing Carrie to maintain some tie to her child.

This pressure that Carrie feels from her family to keep the child and subsequently play a role in the child’s life seems incredibly fraught with problems. Carrie is shown in earlier seasons to be fairly close to her family and to rely on them pretty heavily to begin with.

I would imagine that the pressure that Carrie received from her family to keep Frannie placed her in a precarious position with her only support system outside of the CIA. By having Frannie she risks her career prospects (at least to a degree) but by not having her, she risks a strained relationship with her family. Unfortunately the strained familial relationship still exists because, even though she had her child, her family does not feel like she is invested enough as a mother. Basically, Carrie is in a no-win situation. I can imagine that many women face similar challenges when wishing to opt-out of motherhood.

Nevertheless, in episode two of the season, the audience gets a glimpse of just how unprepared for and unwilling Carrie is to take on the role of mother. She practically refuses to hold her child, manipulates Lockhart into placing her back into a dangerous station, and she even has a moment in which she contemplates killing her child.

Thankfully she does not go through with the ladder, but the pressure of being forced into this role and also the demands of her job appear to be taking an incredible toll on our protagonist. She is not sleeping well, wearing a guard to avoid teeth grinding, and appears to be emotionally turned off.  I think it is valid to wonder if Carrie would be in a better state if she had dropped the title of “mother”” and her only title was “Drone Queen.”

In many ways Carrie’s experience with mothering in these early episodes simultaneously highlights the enormous pressure that women face to become mothers and also the ramifications that can come to women that feel pressured to take on this role. I have argued before that Carrie cannot really have it all and this new role as “mother” seems to continue proving that to be true.